Christchurch is an evolving city where visitors are spoiled for choice. The peak season to visit the city is between December and March. It is a city with an active nightlife. The city includes many popular landmarks starting from museum, Wildlife Park, gardens, art centre and many more. There are numbers of flights travelling from London to Christchurch which includes Emirates, Qantas Airways, British Airways, Air Newzealand, Etihad Airways and other. Cheap flights are easily available during off season and budget hotels are easy to get in Christchurch.

Christchurch is a city located on the east coast in the South island of New Zealand. The Christchurch urban area lies on the east coast of South Island. The Avon River flows through the centre of the city with an urban park located along its banks. The city is known for the English heritage. The best time to visit the city is between December and March as the city features temperate oceanic climate. This is the perfect time to have fun in the Christchurch.

Christchurch is popular with Japanese tourists. Cardboard Cathedral is the most popular tourist landmark as it is a temporary church built from cardboard. The Christchurch Gondola travels up Mt. Cavendish for the panoramic views of the city. Canterbury Museum includes human and natural history of region. Hagley Park is a large recreational space with gardens. Christchurch Botanical Gardens includes a native and exotic plant species. Willowbank Wildlife Reserve includes native animals and Maori cultural show. Orana Wildlife Park is an open-range zoo with lion and gorillas. International Antarctic Centre is an Antarctic simulation, rides and animals. New Regent Street is a pedestrian mall and Ferrymead Heritage Park is a museum. Christchurch Cathedral is a popular church. Christchurch Gondola is a sightseeing cable car. Christchurch Art Gallery, Quake City and Air Force Museum of New Zealand are the museum including modern art collection, earthquake exhibition and aircraft tours. The city is a gateway for dolphin-spotting in the Banks Peninsula’s Akaroa Harbour.

Christchurch has a range of bars and an exciting nightlife. The Christchurch casino is the largest casino on the south island. It has a dynamic nightlife with bars, restaurants and entertainment venues. Chic, Club 176, The Ship Inn and Inspire Café Bar are the popular nightclubs.

The Maori culture is a point of attraction for the international tourists. The city is known as “The Garden City” as the Botanical Garden features a serene and expansive array of exotic as well as indigenous plants. The city is known for many live music acts. The city has unique art and craft market. The agriculture industry has always been the economic core of Christchurch.

Christchurch is a popular holiday destination, nicknamed “The Garden City” due to its expansive array of exotic as well as indigenous plants. Major landmarks include the Cardboard Cathedral, Christchurch Gondola, Canterbury Museum, Willowbank Wildlife Reserve, Christchurch Art Gallery, Quake City, and Air Force Museum of New Zealand. The city is known for many live music acts, as well as its unique art and craft market. Christchurch has a range of bars, lounges, nightclubs, and other entertainment venues that make a different facet of the city come alive at night.

Don’t miss our Great Offers!!
Speak to our Travel Specialists for bespoke quote within your budget !!

All Calls Answered within 10 Seconds 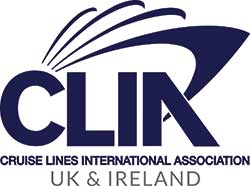